We Montclair townsfolk are no strangers to bad storms and their crippling aftermaths.  In the last six years we’ve had four “storms of the century”, resulting in days-long power outages and expensive clean-up.  Generators whir a rhythmic, annoying hum while wood chippers noisily chew up the remnants of the violent tempests.  Centenarian trees in our parks that once stood stately along our roads now lie exhausted on their sides.   Their feet of roots, tired and compromised by their neighboring pavement, stuck in swaths of earth that have torn patches of turf a dozen feet wide now seem to defy gravity in a crazy perpendicular angle. 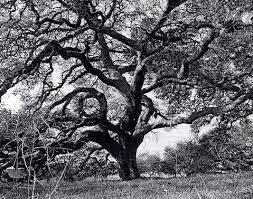 This week our nemesis Sandy brought four such trees down in our beloved Edgemont Park, and left ominous cracks around a half dozen others.  Weary, un-showered neighbors walk gingerly and curiously to survey the damage, to find comradery amongst other storm survivors.  It was reported on one television station that Montclair saw the highest winds of the debacle, a window shattering 88 miles per hour, which obviously took its toll on our trees, smashing cars, fences and swing sets, and in one case, a classmate’s entire house on Essex Avenue.  One can see the teenaged boy’s bedroom exposed to the elements, eerily opening the private world to the gawking public one, astonished by not only horrific news reports out of neighboring, watery Hoboken, but in the darkened houses of our own leafy town.

There are no reported deaths from Montclair, yet we all stand stunned as the death toll in surrounding communities rises.  Certainly the New Jersey Shore or New York City was not vulnerable to the same devastation Cuba or the Dominican Republic was: our infrastructure is stronger, our physical structures better built.  Yet we still read shocking stories of babies being swept away in storm surges right out of a mother’s arms, trees falling on teenaged boys, outer burrough basements, seemingly protective from high winds, becoming watery graves.

Many feel the vulnerability has existed all along.  The New York Times reported that Staten Island had become over developed in the last 25 years, dangerously covering up their protective “sponge” of sand dunes and grasses with homes, hardscaped malls and parking garages.  Long Beach Island, a narrow barrier island perhaps should not be as populated as it is.  To paraphrase Joni Mitchel: we paved Paradise and put in a parking lot. But the parking lot was not as protective in sustaining human life than the more bucolic sand dune, ironically.

The inevitable debate about Global Warming will continue.  We will speculate how climate change is making our storms more severe; perhaps it even caused that wonky wave of a Jet Stream take a sharp turn to the north, attracting our tropical pisser of a storm.  That Irene spanked us East Coasters just one year ago are making us all question: are strong tropical storms the new norm for New Jersey?   If that is the case, the new and improved New Jersey Shore might have to bow more respectfully to Mother Nature and her power.  Think more sand dunes and less parking lots.  Think more reverence to all-powerful nature.

James Wright, a well respected contemporary poet of the last century, wrote a compilation of poems in awe of nature and its ability to protect man in 1959, entitled The Branch Will Not Break.  Peter Stitt, editor of The Gettysburg Review called this work his happiest, and one whose “major affirmation [is] – the faith that nature will endure and continue to sustain man.”  One might guess that the same respect is necessary to pay Her in return for that sustenance.  He writes:

In a pine tree,

A few yards away from my window sill,

A brilliant blue jay is springing up and down, up and

I laugh, as I see him abandon himself

To entire delight, for he knows as well as I do

That the branch will not break.

–From “Two Hangovers, Number Two: I Try to Waken and Greet the World Once Again”, The Branch Will Not Break, Wesleyan University Press, Middletown, 1959.

The metaphoric branch remains unbreakable, regardless of the physical mess that greets us at Edgemont Park.  We birds will have to judge which are the righteous ones on which to jump.  Meantime, joggers will tip toe over the extension cords that run from lighted houses on Edgemont Road to the darkened ones across the street, a symbol of the giving creatures we are at core.  We will pray for those who were hit the hardest and hope that recovery has ended.  While we wait in long lines for gas to power our generators we will remark at how lucky we all are for precious gifts that were ours all along, but perhaps faded to near unrecognizable in the glare of electric light.  We will rebuild, with a reverence for that which is larger than us and with knowledge that the branch, if respected, indeed will not break.