Two Montclair residents starred in the 75th anniversary revival performance of Clifford Odets’ Golden Boy, which ended its run at the Belasco Theatre on Broadway, the same theatre in which it premiered, this past weekend.  David Wohl and Dagmara Dominczyk are often seen about Montclairtowne, one most notably with his dog, Boomer, and the other with her children.  But when in New York, they are most gloriously taken in on the Broadway stage.

Originally written to save his Group Theatre, which was in danger of closing after his move to Hollywood, Odets claimed to hold no fondness for the play as “it seemed to [him] to really be immoral to write a play for money.”  It comes as no surprise, then, that the play itself thematically explored just this conflict: the lure to money and fame versus the nobility of sticking to one’s true profession.  Odets’s Golden Boy protagonist Joe Bonaparte enviably — if somewhat improbably — holds two innate gifts: one for music and the other for prize fighting.  His ultimate choice — boxing — leads to damnation, regardless of the public admiration, fame and money while his Italian-born father disconsolately declares that “it is too late for music.  One must be happy and free in order to make music.”

Happiness is not to be poor Joe Bon-a-parte’s (French for “part good”) destiny.  He instead succumbs to the glittery attractions of capitalism, and what in the Golden Boy “Odets saw as an allegory for the spiritual impasse of the American dream.” (From Lush Life, by John Lahr).  Instead of choosing “a truthful success” he turns to boxing, ruining his violin playing hands, torturing his conscience, and eventually costing him his life.

Although the cataclysmic divide between the two choices may be oversimplified in Odets’ play, the reality is a conflict that continually tips the two sides of a personal existential scale: the need for creativity and communicating life’s truths on one side, and making enough money to sustain oneself and one’s family on the other.  The character of Joe, in some ways not fully developed by Odets, was drawn to riches and fame and not just a comfortable life style, which Mr Bonaparte believed possible for his son.

New York is the perfect setting for Odets’ play, a city that never apologizes for the chasm between the haves and have nots, between art and commerce.   The Big Apple never masks its one real intent: capital gains.  Yet it is also a City rich in creativity.  It is decorated gloriously in the arts, with its superlative museums, its outstanding theatre, its one-of-a-kind Philharmonic.  There has been a thriving art scene for years in Gotham.  The symbiotic relationship between the two natures of New York is a viable one, thanks to liberal-minded Capitalists that seek truth in its art forms as collectors, but most importantly thanks to the noble hands that communicate it.

There is a mixed bag in collection.  The true liberal-minded art philanthrope will donate to museums.  The more status conscious will collect art not just for love of the truth it conveys, but its status and reflected glory. 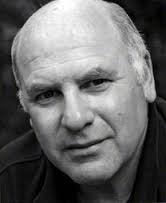 Happily, artists reside in some impressive numbers in Montclair.  Many of these artists — of the stage, of the canvas, of music, of the printed page — have been reasonably successful in their craft.  Speculatively one might assume that being true to one’s own profession might have tipped that personal existential scale towards a simpler, less expensive life in the suburbs.  Take the aforementioned David Wohl, for example.  Having previous roles in big pictures like Saving Private Ryan and Sophie’s Choice, Wohl prefers theatre work, much like Odets himself.  He also is a devoted husband and father who prefers ripped trench coats and his son’s Vans from last season to cashmere and Italian leather.  He drove across country with one of his sons last summer in a 1975 Dodge Dart.

Wohl seemed to be the perfect person to play Mickey, a trainer who skulks in the locker room background acting as a rather ironic commentator for what transpires before him.  The elder Bonaparte is questioning Mickey, a trainer for an aging journeyman boxer, about the allure of the “sweet science” in an attempt to understand his son’s life choices:

Bonaparte: They fighta for money, no?

Mickey: No, they’re fighting for a noble cause —

Bonaparte: If they wasa fight for cause or for woman, woulda not be so bad.

Therein lies the intersection of the two sides of our noble scheme: the ends justify the means.  If love or peace is the reason to fight, then the fight is just.  Does it then follow that if art is what communicates truth, but money is needed to support it, than Capitalism isn’t so bad?

Lucky for us New Jersey suburbanites, who are ironically the brunt of many a Broadway joke (the female lead, Lorna Moon, repeatedly refers to herself as a “tramp from Newark”) so many of the noble have decided to join us across the Hudson, at the market, or on the dog slog in the park.  Their presence lends to a colorful, cosmopolitan existence here, hidden in between the strip malls of Route 46 and the choking exhaust of Route 3.  They’ve attracted good bakers, a lovely art museum, and a community flavor unlike any other, especially within five minutes drive of a WalMart.  Instead, they’ve tipped the existential scale of our little town into the noble, truthful, creative column for all of us to enjoy, even for those who embrace Capitalism as another corner of a noble scheme — so long as the schemers patronize the noble amongst us.