It seems a peculiar phenomenon

Have always looked back to gaze

At the wondrous glass marble

From whence they came.

Their idle time not spent contemplating

The vastness or the voids incomprehensible,

But home: a blue-green sphere

It is poised in beautiful serenity

As if by an imaginary cord of thick mono filament

Of their children’s rooms, perched to

Fire the synapses of their new, unspoiled minds,

By an antigravity push pin. 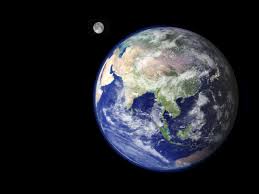 As the wayfarers orbited the arc of their planet,

Through their sophisticated port holes

The sun, just another star in the sky,

The moon, one of many,

The earth, a unique life-sustaining biosphere

Protected by the thinnest aura, a mere glowing suggestion.

Ecstasy and awe pinpointed a spot in their abdomens

And filled it with a ripple of excitement,

Standing their unshaven whiskers on end

With an all-encompassing understanding.

Ignoring the precariousness of their

It is a macro conception of interconnectedness,

Witnessed at a cosmic level, our planet.

Miniscule from a distance.  Curtains of illumination,

The aurora borealis, caress the face of The Arctic.

The explorers transcend a sense of separation and

Invite a love affair from afar.

The Overview Effect, they call it:

A singular perspective of belonging,

Of responsibility for every life

On our cloud-shrouded orb.

At the beginning of time,

Connecting us to All and all.

The DNA that lies hidden in

Belong to your neighbor in Zimbabwe

And Georgia and Shanghai.

In the stable trunk of the tree,

Older than a Tasmanian Huon pine,

We are their children,

Offspring of the blue planet,

Connected on levels incomprehensible from the troposhpere,

So small that it is as distant from us

As the furthest galaxy.

Upon re-entry, our cosmic surfers will shed their tiny white suits

By their perfectly protected surroundings:

A perfect distance from that nurturing sun star,

Tilted on is axis at the most optimum angle,

With the precise ration of needed elements.

Here they make their intimate relations

And able to be touched.